The 4201 Schools Association is asking the legislature to make permanent the way it funds schools serving deaf, blind and severely physically disabled students.

As a matter of state policy, association members assert, students educated at the 11 member schools represented by the association should receive support on par with the support provided to students attending public school districts. 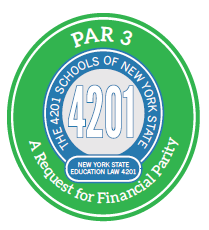 A campaign that began in early January seeks “Par 3 Funding for Financial Parity:” Parity in the present, parity for the future and parity for capital improvement funding.

The 4201 Schools Association recommends that the $2.3 million be included in the budget as recurring fiscal support of our programs.

The association issued a news release on Jan. 27, which promoted the testimony delivered by 4201 Schools leaders and a student from the New York Institute for Special Education in the Bronx.

The campaign will continue through the end of March as the 2016-17 state budget is negotiated and finalized.

The 2016-17 proposed budget recommends a 4.3-percent increase in education funding. The 4201 Schools Association recommends additional support on par with the increase provided to public schools.

In 2017-18 and beyond, the association requests a parallel increase to any additional financial resources provided to the state’s public schools.

Finally, the association requests a one-time investment of $11 million dedicated to support Capital improvements and maintenance at member schools.